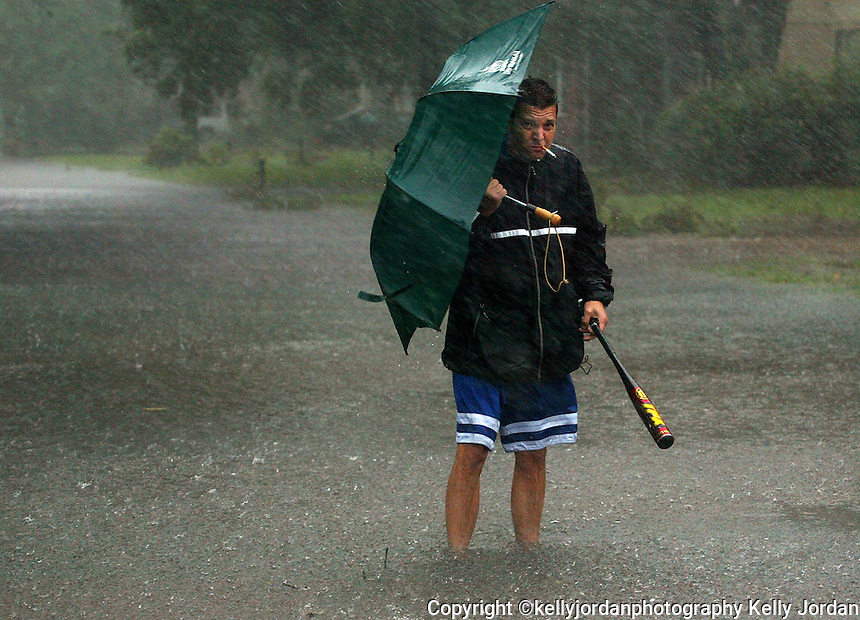 KELLY JORDAN/The Time-Union--082208--Thomas Shinn, stands in the middle of the intersection of Naldo Avenue and Cedar Street in San Marco to try and deter drivers from driving down the street and creating a wake which was sending water into his Naldo Avenue home, at left, as Tropical Storm Fay dumps inches of water on an already saturated area Friday August 22, 2008.(The Florida Times-Union, Kelly Jordan)