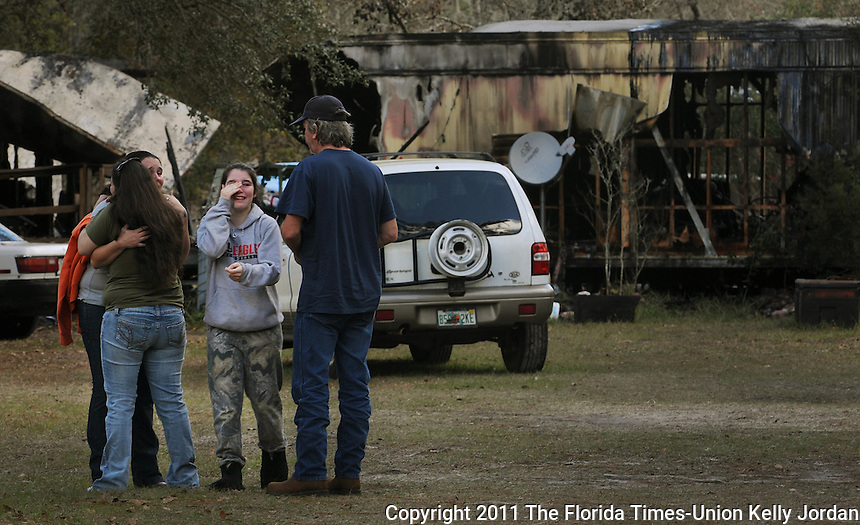 Kelly.Jordan@jacksonville.com--123111--Family comforts each other after a fire that killed a four year-old boy and a 66 year-old man who lived in the home at 2410 Gladiolus Avenue in Middleburg Saturday morning, December 31, 2011.A 14 year-old girl, second from right, survived the fire and tried to get her brother and grandfather out, but the structure was already too involved and she could not get them out.(The Florida Times-Union, Kelly Jordan)