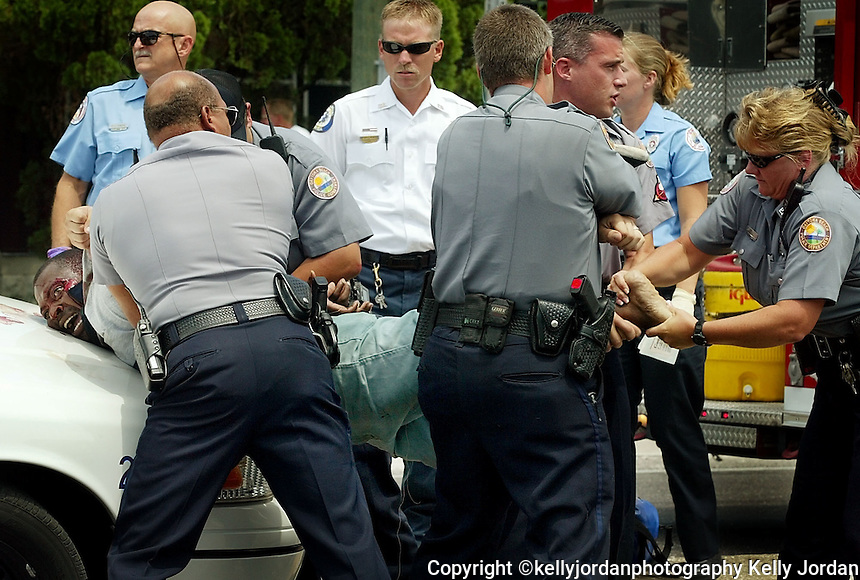 Daytona Beach Police officers along with fire/rescue personnel try to control a man who is in Police custody after wandering in and out of traffic at the intersection of Ridgewood and fairview Avenues with a knife and allegedly attacking a woman Tuesday afternoon, July 30, 2002.(Kelly Jordan)..**FOR REPORTER STORY**