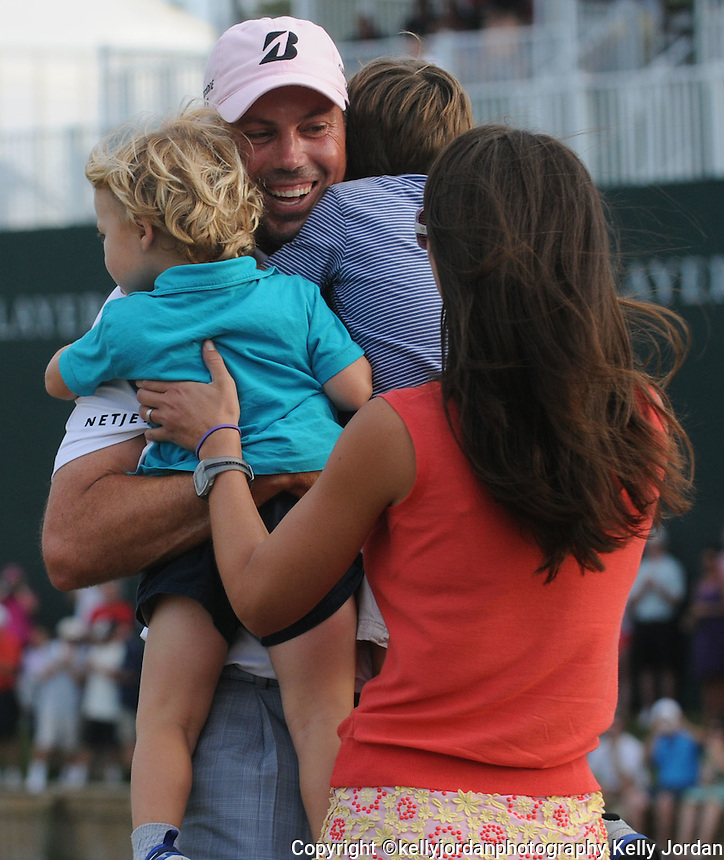 Kelly.Jordan@jacksonville.com -- 5/13/12-- Matt Kuchar won the tournament with a 13-under score and celebrates as his sons Cameron,4, and Carson,2, runs into his arms along with his wife Sybi. The Players Championship for 2012 is played at TPC Sawgrass Players Stadium Course in Ponte Vedra Beach, FL. On Sunday May 13, 2012 the Final Round was played with Kevin Na in the lead at 12-under. (The Florida Times-Union, Kelly Jordan)