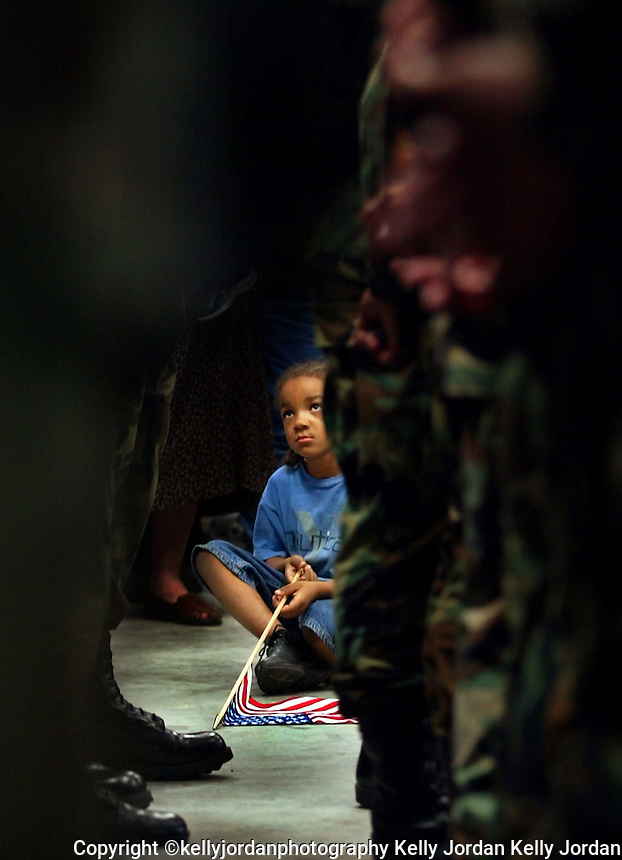 Rickey Moore Jr. sits on the floor holding his American Flag looking up at a long line of National Guard troops looking for his father Sgt. Rickey Moore, of Port Orange, during a deployment ceremony for the soldiers at the Daytona Beach International Airport Tuesday morning, March 18, 2003 in Daytona Beach. Rickey may be away from his father for up to a year as he is deployed for the possible war with Iraq.(Kelly Jordan)..**FOR DEPLOYMENT GALLERY**